I finished editing my brief video showing some of the shopping galleries in Paris. I've also added a Video Gallery to my Web site, showing a few of my videos. I'll add more as time passes. Of course, people could watch my videos by just going to my YouTube channel, but I actually get a lot more traffic on my Web site than I do on my YouTube channel.

This latest video is about shopping galleries, of which there are a great many in Paris. I'm not talking about shopping centers or shopping malls, but galleries, which are straight, narrow little indoor passages or alleys lined with shops. There are other names for them (sometimes they are called arcades, for example), but gallery is the term I usually use. Anyway, they were all the rage almost two hundred years ago, back in the 1800s. Today they've yielded to the large centers and malls, even in France, but Paris nevertheless retains a large number of shopping galleries that are still in business, even if they have a bit less traffic than they did two centuries ago.

I've only shown a handful in my video. The first, the Passage des Panoramas, is a popular gallery in the Opera district. Like most of these galleries, it contains restaurants and odd little shops. Odd in the sense that they are out of the ordinary, not weird. The Passage des Panoramas has stamp shops, for collectors, and some bookshops.

Across the boulevard, the Passage Jouffroy has more bookshops, a candy store, a fabulous little boutique that sells everything you could possibly want for miniatures (like dollhouses), a tiny hotel, and other things. This gallery is also in my video. The extension of this gallery across the street is yet another, smaller gallery, which I also show.

Other galleries in the video are the Passage de Choiseul, which is not doing so well these days, and the charming Galerie Vivienne, which is quiet but seems to be surviving okay. 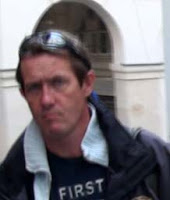 There are tons of other galleries, but they are scattered all over town, so for now I've just provided a sampler.

I was going to show the Passage des 2 Pavillons, but I was assaulted by a cameraman (I kid you not) in the gallery and nearly fell down the stairs. This imbecile waved his hand in front of me as I stood at the top of the stairs preparing to descend with my camera recording (looking at the viewfinder and thus vulnerable to any surprise), and I nearly lost my balance. He was carrying a camera of his own, and had two people with him, one who looked like a journalist, and one carrying his tripod (probably the sound man). The recklessness of this assault—from a cameraman who should already know the risk, of all people—surpasses my understanding. I've included a picture of him here. Perhaps if he sees himself in this photo, he'll be stupid enough to complain about it, in which case I can identify him to file a criminal complaint of my own. Of course, in his zeal to assault me, he overlooked the fact that my camera was recording and made a record of the whole thing, which I've archived. Perhaps he forgot that you don't need a broadcast camcorder to make a video these days.

Rrrr … where was I? Well, I made some more egg salad. Of course, I never seem to get anything exactly right, so I messed up again. I boiled my eggs, and that went okay—I emptied a dozen eggs into a bowl, poked holes in the yolks, then nuked them for six minutes or so, and broke the resulting mass apart with a fork. Then I added paprika, dill, pepper, and what I thought was mayonnaise. Only it turned out to be Dijon mustard, so I now have the world's hottest egg salad. It would probably bother me if my senses of smell and taste still worked reasonably well; I know it makes my nose tingle.

The mustard jar and its contents looked just like the spiced mayonnaise that I had bought previously. After realizing my mistake, I looked closely at the jar. Sure enough, this one didn't say “Mayonnaise,” but then again, it didn't say anything at all. The word mustard was only written in small letters on the back. I guess mustards don't merit a label in France. I just assumed it was mayonnaise like the other kind I had bought before, since it looked identical. Oh, well. I don't know if I'll be able to finish the egg salad … it's powerful stuff now.