Last year, my employer of the time went bankrupt. Management had somehow succeeded in borrowing some €15 million from several banks, based on wildly optimistic projections of future revenue that were ten times greater than the company's existing annual revenue of less than €4 million. The company then burned through the loans in barely over a year. Ultimately it was forced into liquidation by its creditors, and a competitor bought what was left. The buyer retained me, probably because I was on the employee committee. But this buyer already had too many IT employees and consultants, so I was a bit in limbo, mostly doing development work. I had been IT manager, developer, sysadmin, and everything else for the previous company, where I was the only IT employee, out of 300 (!). 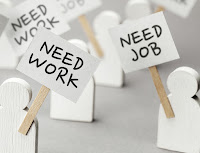 Then came the Deadly Virus hysteria this year. France entered lockdown in March. My employer refused to set up télétravail so I could work from home. Instead, I was furloughed with a reduced salary on March 17—probably because the government was reimbursing businesses for this on an emergency basis to avoid layoffs. But my employer started losing a lot of money despite extensive furloughs and other cost-saving measures. And so, a few days ago, I was notified that I'm being laid off due to the company's financial problems.

Although I'm well qualified, I'm old, so I don't know how difficult it will be to find another job. Age discrimination is very strong in France, even though it's technically illegal. I've never had to file for unemployment in France so I don't even know how it works.