Thanksgiving isn't celebrated in France, which seems to come to a surprise to most Americans. But that's the way “foreign” countries are, you know: everything is different!

My mailbox contained a sort of Thanksgiving souvenir, namely, a summons. My landlord wants to evict me for being late on the rent. The eviction hearing is set for January 25. Proof that France does not observe Thanksgiving, I guess.
No comments:

A new all-time record for nighttime temperature in Paris was set a few days ago, with 15.4° C (59.7° F) recorded, beating the previous record set in 1924. The temperature itself wasn't uncomfortable, but it was accompanied by 80% relative humidity, which made the day miserable. I had to turn the air conditioning on to remove the humidity. The situation was complicated by the fact that the building heating system is now running at its usual fusing-platinum setting. Things haven't improved much: right now it's 15.5° C (7° above normal) with 76% humidity.

Anyway, with the weather report out of the way: The latest “excitement” has been the visit of Hu Jintao to Paris. Hu Jintao is the president of China, which I discovered after looking it up (I don't follow politics and about the only politicians I know are Barack Obama and Nicolas Sarkozy). France and Paris have gone overboard to give HJ the royal treatment. A large chunk of the city has been blocked off during his stay, and the Champs was blocked for a time while he rode by, accompanied by the Garde Républicaine, a part of the Gendarmerie that is mainly devoted to pomp and circumstance, with fancy horses, shiny helmets, etc. I'm so jaded by such events these days that I didn't even have the energy to take a picture—sorry.

The security was comparable to that accorded to the POTUS when he afflicts France with a visit, only with the added pomp of the horses and stuff. Granted, Forbes magazine considers HJ to be the most powerful person in the world, but I don't think he has nearly as many enemies as Obama, so the heavy security was puzzling. So was the royal/deity treatment. But then I discovered that HJ had come with €20 billion in his pocket for desperate French companies, and I understood.

I actually saw the man driving down the Champs, as I happened to be there when he passed. There was a modest gathering of people behind the barricades on the avenue. The procession was quite over-the-top, though, with multiple motorcycle escorts, the aforementioned horses and shiny helmets, and so on. I saw the world's most powerful person in the car, but I didn't know it was him until I got home and saw a picture of him (of course, I suspected it was the Chinese head of state, what with the Chinese flags up and down the avenue and all, but I had no idea what he looked like).

I'm not sure whether all the theater was intended to convince HJ that France could be just as oppressive as the PRC, or whether it was just to flatter him so that he'd sign those billion-euro checks more quickly. The €20 billion or so he's leaving behind will help many French companies to fatten their profit margins and accelerate their outsourcing of jobs to Romania. Still, it's only a drop in the bucket compared to the zillions of dollars and euro sent to China by Western countries in exchange for cheap goods and in pursuit of short-term gains.

(I remember when my mommy used to tell me to clean my plate because there were millions of children starving in China. Nowadays, what appears on the average American child's plate may have actually come from China, at dirt-cheap prices, and complete with a sprinkling of cadmium, melanine, lead, or some other extra ingredients.)

Anyway … in a way it's refreshing to see France kowtow to someone other than the POTUS.

In other news: The American store in my neighborhood got a new shipment of delicious Welch's grape soda, so I bought a can ($3.50) against my better judgment. My diet tends to be dictated by whatever has the lowest price at the grocery store (pound cake, potato chips, etc.), but sometimes I weaken and buy a special treat. Starbucks sells some delicious raspberry and white-chocolate cheesecake, but it's even more expensive ($6.20 a slice), so it's an even rarer treat. Ditto for ice cream ($9 a cup). 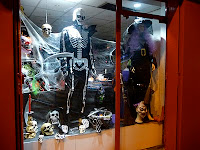 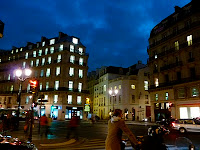