I still have Internet problems, and I've seriously backdated this post to keep things in chronological order, so that I can post more in the right order if France Télécom's bumbling idiots ever fix their network. My apologies for the technical nature of this post, but the problem is very preoccupying at the moment, destroying my entire holiday “vacation” (in quotes because I don't actually get paid for days off, there just isn't any work at this time of year).

I've spent a few days looking at network traces. FT has an upstream problem that extends no lower than the DSLAM; the line and modems are good. About 50% of downstream packets are lost or dramatically delayed by the upstream network, particularly those of non-trivial size and those using HTTP protocol. This means that virtually all connections hang after a few seconds. Some packets never appear at all, others appear five minutes late, and many are in random order. The TCP/IP stack can handle random order, but not vast numbers of lost packets or packets that are so late that the application gives up on the connection.

So this essentially stops my Internet connection. FT and Orange (same thing, really) technical support is totally, inexpressibly incompetent, literally working from simple scripts that cover nothing except possible Windows problems and modem and line problems. Apparently FT thinks that its network is perfect and requires no surveillance or technical support, so anything that happens upstream of the line is a dead end if you try to complain about it. I've taken to publishing my measurements on the Internet, and I might even decide to print the data on handouts and give it to people in front of an Orange store so that they can see how France Télécom plans to shaft them (to me, 9 kbps out of 8000 advertised by the company is a pretty clear case of fraud).

Anyway, I managed to sneak this post onto my blog, hopefully the problem will be fixed sooner or later and I can return to regular Paris-related programming here.

I haven't been able to post anything (particularly anything with pictures) since late November thanks to France Télécom's total incompetence. Right now my Internet speed is 5 kbps, exactly one thousand six hundred times slower than the speed advertised by FT for the service to which I'm subscribed, and ten times slower than an old-fashioned dial-up modem (the kind Grandma used to use). It takes half an hour just to bring up a typical Web page—if it comes up at all.

No sense in calling Orange technical support (Orange is the dorky brand name behind which FT hides when selling its Internet services). They are among the most incompetent technical support people I've ever seen, not even understanding basic computer terms. The only solution they ever offer for anything is to change a modem (which requires a $100 visit from a technician—see any conflict of interest here?) or reinstall their software. They don't know anything about their own network and literally don't understand what “network” means in some cases.

As a result, I have a huge backlog of things to post. I'm dating this post November 23 although it is actually a month later, just so that I can try to keep things in chronological order when and if I finally do get a satisfactory Internet connection. 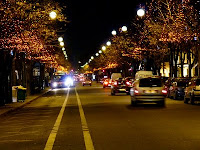 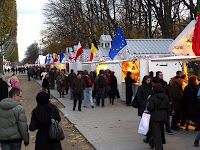 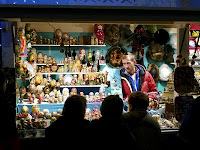 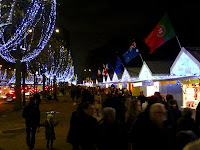 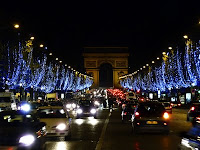 Ugly Advertising on an Ugly Tower 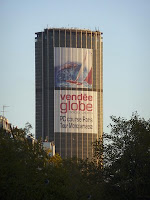 Well, the inexpressibly ugly Montparnasse Tower seems to be adorned with a new, inexpressibly ugly advertisement, twenty stories high. Once again, apparently money has spoken, and aesthetic considerations have been tossed to the wind in order to allow more crass commercial exploitation of Paris to take over.

I'm not even sure what this multi-story billboard is advertising. I only know that it's ugly, and you can see it all over the city. You'd think that City Hall would object to this type of eyesore, but I suppose a lot of cash changed hands and a lot of good old boys called in some notes to get this advertisement installed.

I hope it will be removed soon. 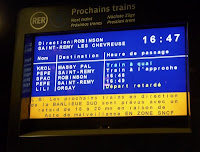