Lunchtime in La Défense and Neuilly 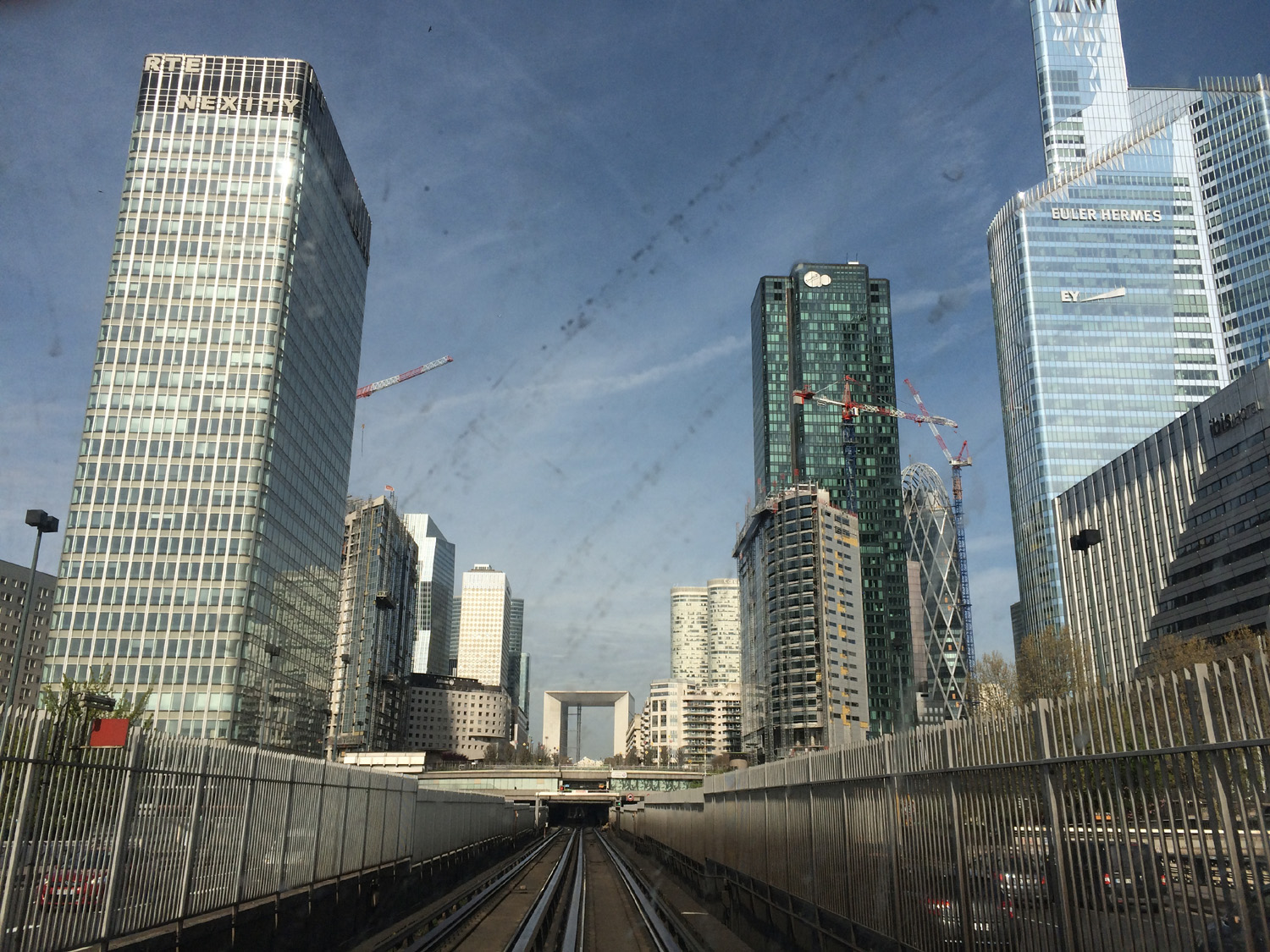 Today I had to go to La Défense, the chichi business district just outside Paris. I’ve talked about it before, probably. At lunchtime it’s very nice because there are tons of people out and about on the plaza, strolling, shopping, and eating. Most of them are dressed up in business attire. I used to work at La Défense, in one of those many skyscrapers, and it was nice. But it’s a ghost town after business hours, a bit spooky. 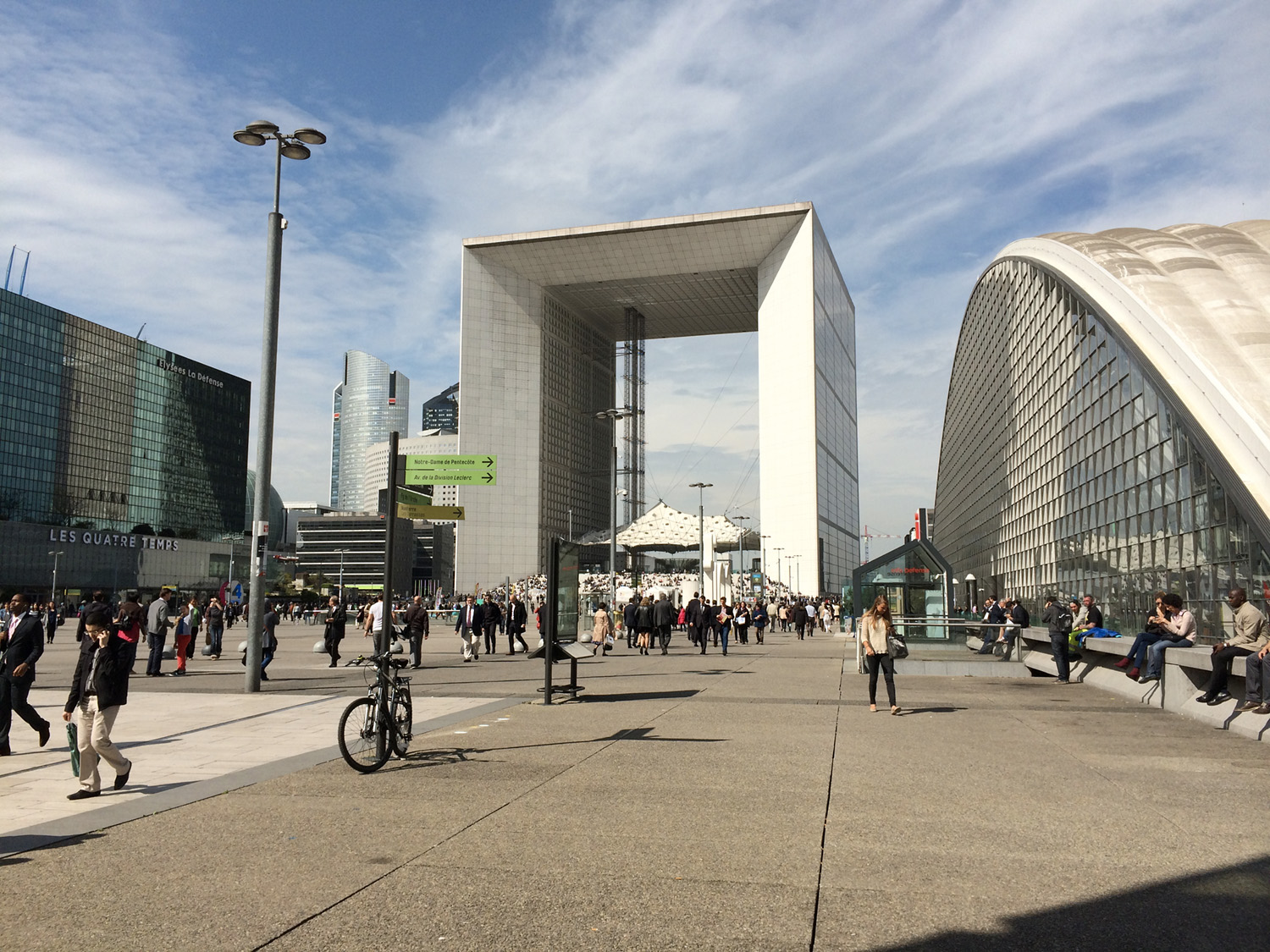 I’ve included a few pictures here of the plaza at noon or thereabouts. The EPAD, an association which manages La Défense, keeps piling more and more junk on the originally pristine plaza, probably because money is everything and an empty plaza looks like money left on the table to them. But it’s still nice because it’s vehicle-free, unlike most of Paris. There are lots of places to sit for lunch.

Returning to the other office of my employer, I went back through La Défense and Neuilly before jumping on the Métro again. Neuilly-sur-Seine is a nice suburb nestled between the Paris city limit and La Défense. I walked along the avenue du Roule instead of the avenue Charles de Gaulle in order to avoid the constant traffic noise along the latter, which is a major commuting thoroughfare between Paris and the suburbs. 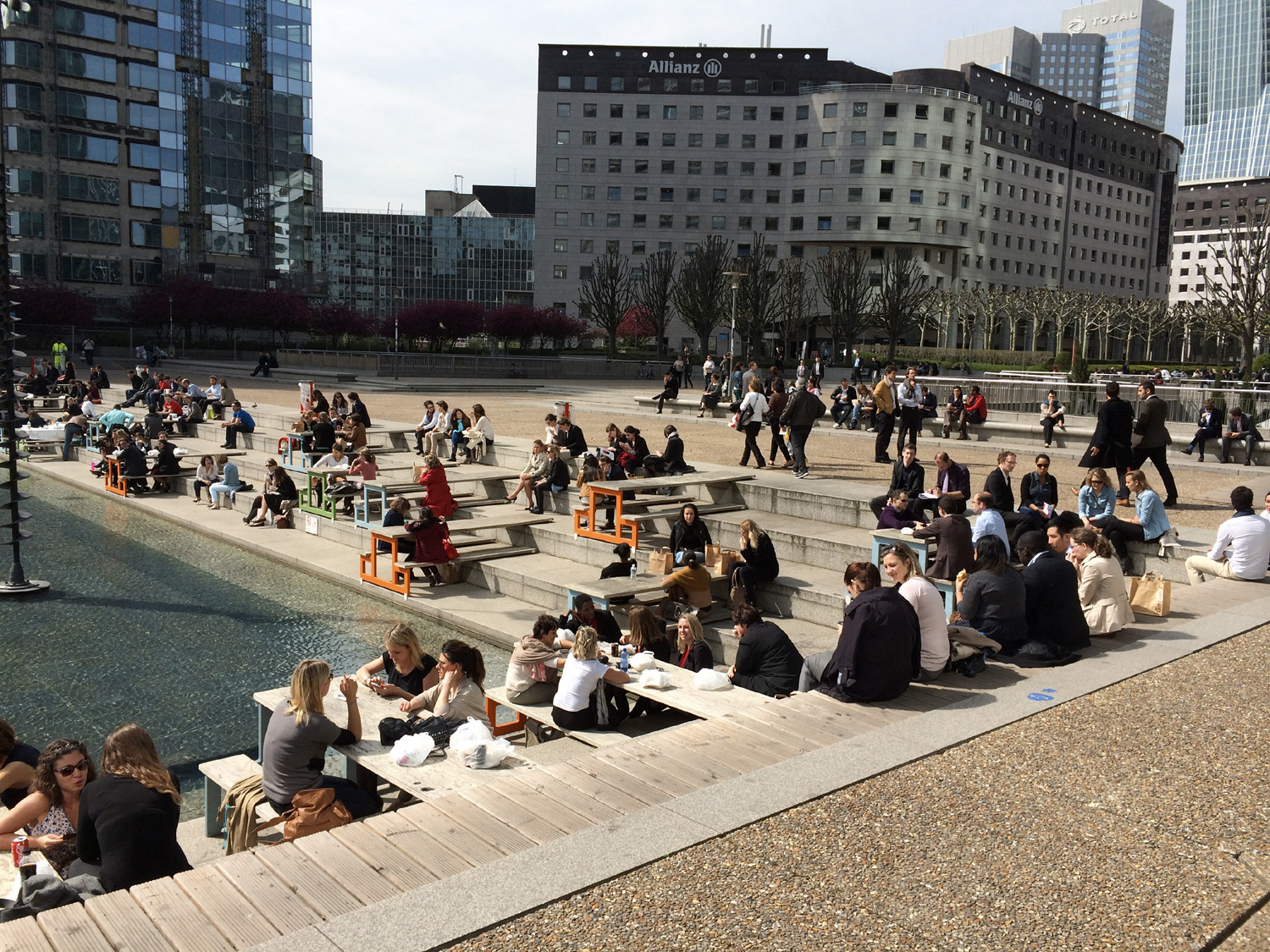 The parallel avenue is much quieter, although it still has traffic, and more scenic. The city hall for Neuilly is quite charming, and there are many other charming spots. The American Hospital is in this suburb, although fortunately I didn’t need to go there (but I’ve taken other people there in the past).

Along the way, I stopped at a little bakery on the rue Madeleine Michelis, and got something to: a vosgien, a sort of pastry made with honey and almonds. It was only two euro, which happened to be almost all the cash I had. It tasted pretty good, and the street is very pretty. After that, I searched around for a bank, and reluctantly withdrew €20, which is a lot of money for me, but I couldn’t walk around with only 40¢ in my pocket—especially in Neuilly, where I might be struck by lightning for being so poor.

The bank was part of the reason I went to La Défense, in addition to other errands that I had to carry out for my work. For the second time in two years, my only credit card has been blocked for international purposes due to some sort of fraud, this one detected by the bank rather than me. I’ve had to ask for another replacement. I suspect the bank will “accidentally” charge me another yearly membership fee again, and I’ll have to change things that use the card (I have a card exclusively for paying for things over the Internet—I never use it for anything else out of concerns for security of POS systems).

I’m an increasingly strong believer in two-factor authentication, as long as it’s set up properly, simply because I’m tired of all the card fraud.